What is Molecular Sieve? 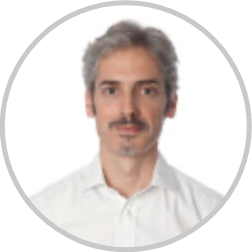 What is Molecular Sieve?

Well, “Molecular Sieve” is a pretty general term used by chemists, but it is most commonly used to describe a form of synthetic aluminosilcates called: Zeolite. Last time I checked, there were 218 different species of Zeolite known to science, but the number increases every few years, due to developments in Zeolite study and advancements in Zeolite manufacturing techniques. These molecules are used in many different industrial applications. Some are used as reacting surfaces for catalysis in petroleum chemistry, some are used for their abrasive properties (e.g. in Laundry Detergent powder), and some are used as desiccants (‘desiccants’ are a form of ‘dying agent’).

These molecules are referred to as Molecular Sieves, because the tend to preferentially absorb one molecule from a selection of other molecules on-offer. Thus, they appear to ‘sieve out’ some molecules and not others.

A-Type Zeolites are the most common form of Desiccant Molecular Sieves (although there are some others), and within this family of Zeolites, you will most frequently see types 4A and 3A used in polymer formulations. In terms of their sieving behaviour, 3A Zeolites tend to sieve-out water (and not much else) when exposed to a mixture of different chemicals. Both 4A and 3A Zeolite are used for the removal of Carbon Dioxide from Polyurethane systems, and from Polyurea systems also. That said, 90% of chemists now prefer 3A Zeolite, such as 3A SUPERSIV, because it offers better value for money that 4A Zeolites, and it is easier to handle in the manufacturing workplace.
In terms of ‘what they look like’, the majority of chemists used them in the form of Zeolite Powder. This material looks like a fine white baking flour and has the exact same appearance when dry and also when completed saturated.

For those chemists or manufacturers who do not yet have the equipment suitable for the dispersion of fine micronized powders, there is another convenience product called Zeolite Paste, which is typically a 50:50mix of Zeolite Powder and high-quality Castor Oil paste. This pre-dispersed material can easily be poured into a liquid polymer coating or adhesive, during manufacture. Our own 3A SUPERSIV Paste uses castor oil, because this oil is naturally hyroxylated, and thus aids polymerisation reactions.

Share these insights with your friends to help them...

Need Help on this Topic?

Please leave your contact information below, and one of our team experts will be very happy to help you!

What Our Customers Say…

Get in touch with us for more information or customer service queries.